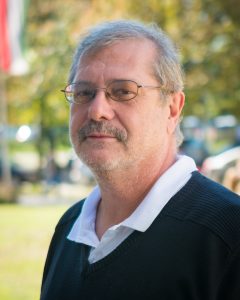 Dr. Dobos started his carrier as economic analyst at the Institute of Water Management, Budapest in 1986. At this time he has begun to investigate environmental problems. Than he has changed in the academic sector to Budapest University of Economic Sciences. His research field was the quantitative modeling of management and inventory problems. In 1991 he has published the first article with impact factor. In 1993 he has moved to practice, as project manager at the Hungarian Telecommunicatiosn Company Ltd. Between 1994 and 2000 he has taught and researched in German universities in Frankfurt (Oder) and Bielefeld. His research interest was the environmental effects of production systems. With German colleagues he has published a number articles. In 2001 he has returned to Hungary. In Corvinus Universitiy of Budapest he has continued to work on environmental problems of supply chains. In 2018 he has changed to Budapest University of Technology and Economics. Prof. Dobos has over 20 publications in Web of Science, where the number of citations are over 430. >>>download_CV